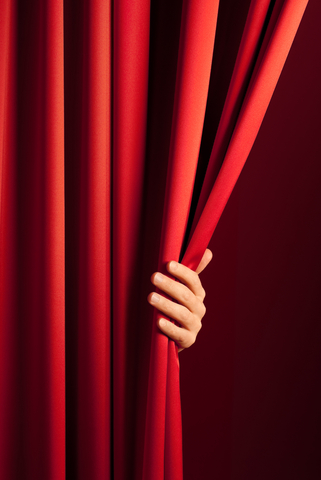 For Jews, Passover is supposed to be historically real.  The Haggadah (the text that sets the order of the Passover meal) commands Jews to consider themselves to have gone forth in exodus from Egypt.  The Haggadah emphasizes this absolute demand lest Jews be tempted to reduce it to the level of a metaphor.  “The authority is clear,” writes the Jewish theologian, Arthur A. Cohen (1928-1986).  Each Jew is to tell him or herself, “I was really, even if not literally, present in Egypt and really, if not literally, present at Sinai.  God contemplated my virtual presence then, thirty-odd centuries ago.”

At the very least, Cohen’s description of Passover signals to non-Jews that even if they celebrate something they call Passover, set a table no Orthodox rabbi could fault, prepare a kosher and hametz-free meal, and say all the right prayers from a Jewish Haggadah, their Passover is NOT a Jewish Passover.  Only Jews can comply with the absolute demand to go forth in exodus from Egypt.  Jews remain the chosen people no less today then when they were the people chosen by the Nazis for termination.  Cohen tells us, “the death camps ended forever one argument of history—whether [the Jews] are the chosen people.”  Chosen for departure from Egypt or chosen for the death chambers, “they are chosen, unmistakably, extremely, utterly.”  Certainly, others are able to contemplate this history. For the Christian and for the non-Jewish secular opponent of racism, the exodus is a paradigm of liberation from slavery, and the death camps are a paradigm of human brutality.  But the simple fact remains that they cannot share these historical events with Jews.

In the post-holocaust era, many ask (and if they don’t, they should!) how God could have witnessed the holocaust and remained silent.  The question persists, and rightfully so:  why was God silent—here, silence means “inaction, passivity.” But silence can also mean, at its worst and most extreme, utter and absolute indifference. What kind of God, worthy of the name, God, remains indifferent?  What kind of God stays silent “when speech would terrify and stay the fall of the uplifted arm?”  As millions of Jews were murdered in Europe, where was the God who had not hesitated to use miracles to liberate them from Egypt?  Where was the “Interruptive miracle, that the sea open and the army of the enemy be consumed?”  Unacceptable, of course, are any claims that the holocaust figured in God’s providential plan.

What we need, Cohen concludes, is not the interruptive God who is “the strategist of our particularities or of our historical condition.”  What we need is a new model of God.

Not content just to call for a new model, Cohen proposes one.  For him, God is not the cause of historical events.  God does not alter history.  But neither is God “wholly other and indifferent to the historical.”  Cohen understands “divine life” to be a “filament within the historical”–a filament of something like tungsten (tungsten is the metal used in electric light bulbs; when heated by electricity, the tungsten filament becomes incandescent and causes the bulb to glow).  As a filament, the divine element of the historical is a fragile conductor always intimately linked to the historical—its presence secures the significance of events while remaining separate from them.  Although we know that the filament exists in history and that it’s in continuous community with us, we don’t know its exact location.  Because we don’t know its exact location, we can’t manipulate it for our own purposes.  Ever elusive, God remains God.  This elusiveness preserves the historical as the realm where human beings are free to act.  This elusiveness also means that, at all times, even in extreme situations, it’s up to human beings, not God, to provide the current to heat the tungsten—it is we who either make the filament incandescent or burn it out.

Yes, the Passover Haggadah commands the Jew to consider him or her-self to have gone forth in exodus, liberated by the interruptive God.  But Cohen argues that God is “not ever interruptive even were the sea to part and close or the earth of Auschwitz to open and the murderers to fall in.”  God is not the “strategist” of our particular situations or of the particular age in which we live.  Instead, God (for Cohen) is the mystery of our future possibilities.  If we begin to see God less as the God who interferes whenever interference is welcome (i.e. when it accords with our needs) and more as the immensity whose reality prefigured our existence and whose fullness and unfolding are the hope for the future, then, Cohen promises, “we shall have won a sense of God whom we may love and honor.”  We shall have won a sense of God whom “we no longer fear and from whom we no longer demand.”  We shall have won a sense of God who is, for Cohen, the actual God.

HNFFT:  Is your model of God an interruptive model?  If so, as someone living in the post-holocaust era, how do you make sense of God’s silence?  How does the interruptive model impact your freedom?  Does Cohen’s filament model work better for you?  If yes, why?  If no, why not?