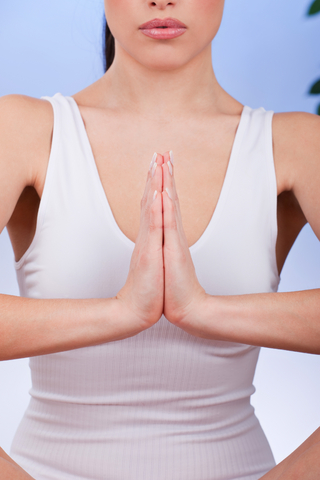 Have you ever noticed how some opinions say more about the opiniators themselves than the thing they’re opiniating about?  God would be one such example.  The opinions people have about God often say more about who they are than they do about who God is.  But, uncharacteristically, God is not the topic of this post.

Surprising?  Maybe not.  If you’ve paid attention, folks out there who label themselves “spiritual but not religious” usually add a wave of the hand and a shake of the head to indicate their disapproval of religion in-general and their level-headed decision to embrace ‘spirituality’ instead.

While spiritual and religious are different words, the difference may end there.  At least, that’s what was revealed by a recent study conducted by another psychologist of religion, Peter Hill (as reported by Streib).  Participants in the study identified themselves as either religious or as spiritual but both groups ended up with equivalent scores on a test for ‘religiosity.’  In essence, then, the test-subjects who considered themselves ‘spiritual but not religious’ actually qualified as ‘religious.’  Yikes.  Probably not something the ‘spiritual’ types wanted to hear.

But spirituality and religiosity both refer to the feelings, thoughts, and experiences that arise during one’s search for the sacred.  In fact, Streib ended up wondering whether it makes any sense for scholars of religion to spend time studying spirituality in addition to religion.  Better, he concluded, to stick with the single category of ‘religious.’

Too bad, really, that members of organized religions, including non-doctrinal ones like Unitarian Universalism, call themselves ‘spiritual not religious.’  They’re members of organized religions after all; but, instead of claiming, with pride, their chosen faith, they use a label that underscores their ambivalence toward any religion, including their own.

Sure, they may have trouble putting down the burden (bad memories, anger at clergy, rejected teachings) of their previous religion(s).  But, who knows, reclaiming the word ‘religious’ might just indicate a healthy level of healing.  It would announce that they’ve moved on.  As for those who have always been unchurched, the willingness to call themselves ‘religious,’ in this most pluralistic of times, would announce a desirable respect for religion (with a capital R).

So, “spiritual but not religious” people of the world, here’s a challenge.  Try calling yourselves ‘religious’ for a couple of weeks.  No handwaving or headshaking please.  See how it feels.  You might just discover the label fits after all.