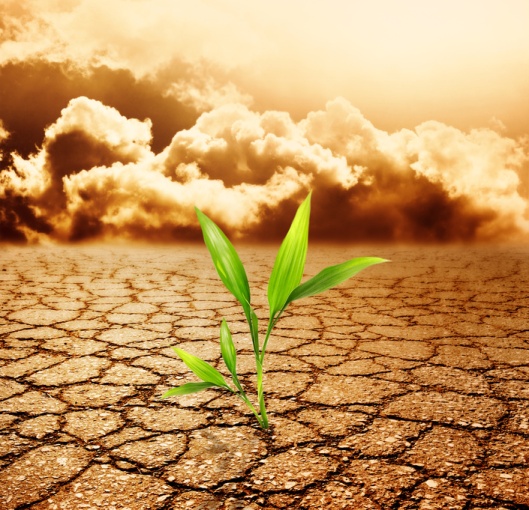 NOTE: This post is based on an academic talk presented at the American Association of Religion (AAR) conference in late November 2015. Each of the five members of a panel was asked to answer these two questions:

Q1: Is there a distinctly liberal perspective on climate change?

Q2: If so, what resources can be drawn from this perspective to work toward a healthier planet?

The science is clear—anthropogenic climate change is occurring. Though it may seem fool-hardy to argue with numbers, it is well established that empirical data and computer-generated weather-pattern predictions are refracted through people’s pre-existing scientific understandings and favored representations of environmental processes. Climate-science data and predictions are also refracted through people’s religious framings of reality and are understood differently based on those framings.

Yusoff and Gabrys define imagination as “a way of seeing, sensing, thinking, and dreaming the formation of knowledge, which creates the conditions for material interventions in and political sensibilities of the world.”

Whereas previous generations of scholars focused on a putative division between the imagination—understood as an internal perceptual faculty—and the world—understood as an external material reality, Yusoff and Gabrys focus on the imagination as a site of interplay between material and perceptual worlds “where concepts cohere,” “forces pull and attract,” and “things, discourses, subjects, and objects are framed, contested, and brought into being.”.

According to their research, the imagination, as a site of interplay, is capable of generating cognitive and affective images of the impact of human activities on the climate in unfamiliar parts of the world; these images, in turn, inspire efforts to develop potential solutions and foster support for these solutions.

Yusoff and Gabrys have identified three ways that temporal and spatial “techniques” of the imagination can help. Together, these techniques can create the underlying framework that communities need to establish a “new” culture better suited to the work of combatting climate change in substantive ways.

Here’s how techniques of the imagination can help establish a “new” culture:

1) the futurity of climate change—here techniques of imagination serve to project toward possible futures and back again, and they assist individuals and communities to identify scenarios, narratives, and contingency plans.

2) adaptive strategies embedded in everyday practices—here techniques of imagination reframe climate change as something “here,” (instead of something “out there,” far from us, and thus not an immediate threat) relevant for everyone and “entangled” with all cultures across the world.

3) critical engagement with the practices of climate science—here, artists and researchers turn to techniques of imagination as they work together to make scientific information accessible to a wide audience, shifting climate science out of the lab in order to “democratize” it.

I will focus on #1, the “futurity of climate change” in which the kind of imagination we deploy in the arts and humanities assists us to envision possible futures if climate change continues at the current rate or worst yet, accelerate.

Yusoff and Gabrys suggest that we imagine ourselves at a future time when the looming environmental apocalypse has taken place.

[Let’s pause here and use a technique of the imagination as Yusoff and Gabrys propose. Can you project yourself into the future? Say 100 years from now?

You’re in a small prop plane, flying just below the clouds.

What do you see? How does the world look?]

Having imagined the ruined condition of our planet (which many of us are complicit in creating), we return to the present.

This “technique” of the imagination helps us better understand the consequences of not altering our current trajectory. It helps us perceive what’s at stake for our children and future generations if we don’t alter our present trajectory.

Upon our return to the present, we navigate the day-to-day with vivid images of an apocalyptic future firmly in mind. As a result, we are more likely to embrace strategies capable of warding off the future that our imagination has enabled us to visualize, even if these strategies require sacrifices on our part.

Let’s now take a look at the work of the Muslim theologian, Martin Nguyen. As far as I know, Nguyen does not label himself a “liberal” theologian, perhaps because he, like many non-Muslim theologians, find the label “liberal” problematic. However, I am going to highlight the ways in which Nguyen’s theological approach can be characterized as “liberal.”

I wish, in part, to honor a Muslim scholar like Charles Kurzman who insists on safeguarding the term “liberal” because, he argues, some strands of Islamic traditions have long defended commitments that parallel those of so-called “Western” liberalism—for example, freedom of thought and the potential for human progress.

But, what do we mean when we speak of a liberal perspective? Such a perspective respects and makes space for the kind of imagination we’ve been discussing. In his book of literary criticism, The Liberal Imagination, Lionel Trilling examines the promise —and limits—of liberalism, challenging the complacency of a naïve liberal belief in progress and the panacea of science, and asserting instead the complexity of human motivation and the inevitability of tragedy.

Only the imagination, Trilling argued, could give us insight into these realms and only the imagination could ground a reflective and considered, rather than a programmatic and dogmatic, liberalism. [This description of Trilling’s views on the imagination and liberalism may be a paraphrase or a quote from a source that I can no longer recall].

Following Trilling, I am going to focus on the “religious” imagination in liberal Muslim theology. This should not be taken to mean that liberal Islam is a “stale and reassuring imitator of Western philosophy.” Liberal or otherwise—Islamic theology is almost invariably rooted in Qur’anic exegesis, in the life of the Prophet Mohammed, and in the lives of his companions and of other early converts to Islam.

And so it is with Nguyen. In his paper, “The Religious Imagination in Muslim Theology: Towards a Reimagined Tradition” (presented at the 2012 Society for the Study of Islamic Ethics conference), Nguyen defines the imagination as the faculty that works in conjunction with our sense perceptions and rationality. Our moments of creativity, daring, insight, and profound connection, he says, spring from this faculty which illumines untried avenues and overlooked connections.

Nguyen traces the role of religious imagination in Islam to the Prophet Muhammed who is reported to have said: “Worship God as though you see Him, for though you do not see Him, He sees you.” This quote is attributed to a trustworthy source—one of the Prophet’s leading companions,ʿUmar b. al-Khaṭṭāb (d. 644 CE), who eventually assumed the role of Second Caliph.

Nguyen explains that Mohammed’s response invites believers to use their imagination to leap into the future and there, to envision possibilities beyond their current ability to see. They are to picture God before them, the God they hope to see when they cross the threshold of death but whom they will never see in this life.

When they return from this leap, they are to maintain the image of God before them “in all his Might and glory” as they engage in acts of worship and attend to their everyday tasks. Individuals and communities are expected to identify scenarios, narratives, and contingency plans to assist them in securing this imagined day.

In effect, believers are tasked with navigating the present with vivid images of the future firmly in mind.

The “religious” imagination described by Nguyen recalls Yusoff and Gabrys’ techniques of the imagination. Both imaginations make the future vivid and drive individuals and communities to identify and enact plans to avert the undesirable consequences that they now clearly perceive.

According to Nguyen’s analysis of the saying attributed to the Prophet, the imagination is a feature that has been fundamental to Islamic theology from the beginning.

But Nguyen doesn’t stop there. He argues that several of Islam’s most important thinkers also understood the importance of the religious imagination—a faculty to which they referred as khayāl, wahm, or tawahhum. They, too, deployed the “imaginative faculty.”

Having demonstrated that the imagination has played an important role in Islamic thought from its earliest expression by the Prophet, Nguyen argues for its “explicit” reincorporation into contemporary Islamic theology.

The religious imagination, whether implicitly or explicitly, integrated into liberal Muslim theologies like Nguyen’s, is a ready-made resource for combatting climate change if it can be brought into harmony with the “techniques of the imagination” described by Yusoff and Gabrys.

As described by Nguyen, the religious imagination could be used creatively to interpret Islamic teachings in ways that support the “new” zeitgeist of deep concern about climate change among Muslims. This “new” zeitgeist was evident in last August’s “Islamic Declaration on Climate Change,” which was announced as part of a two-day International Islamic Climate Change Symposium in Istanbul.

The Declaration calls for an end to the consumption of ever-more resources, respect for nature’s “perfect” equilibrium, and recognition of the “moral obligation” to conserve. The Declaration was issued in anticipation of the U.N. Conference on Climate Change currently under way in Paris.

Climate-change scientists and activists have too often neglected the role of religion and its power to cultivate new patterns of living and being among believers. For many Muslims (as for many religionists), life-decisions and everyday choices are refracted through theology.

The imaginative faculty that underwrites liberal Muslim theologies like Nguyen’s has important parallels with the arts-and-humanities imagination necessary to create the “new” culture described by Yusoff and Gabrys. In other words: Yes, there is a distinctly liberal, Muslim perspective on climate change. And yes, this perspective offers resources that could lead to a healthier planet.