Yom Kippur just passed, that Jewish day of atonement and of human-granted and God-granted forgiveness.

But what about God’s atonement for God’s sins of omission and of commission?

After all, many of us hold God responsible for the tragedies that plague our world.  “Look God,” we might say, “Take a good look around will You?  See the people weeping over here and see the people weeping over there—why don’t You do something about their troubles?  Why do You allow their sorrows to continue?  You’re God, right?  So You could make the suffering stop if You wanted.”

Some of those who hold God responsible for standing-by and doing nothing, don’t believe in miracles.  When it comes to miracles, they’re deniers.  They’re the ones who would stand on a cliff’s edge on a lovely, starry night, and having asked God for a sign, would continue to wait even after a meteor with a sparkler-like tail swooshed in a majestic arc across a darkened sky.  They would notice the meteor but expect that a scientific explanation would neatly explain why the meteor appeared at this particular time and place.

The miracle-deniers are the ones who, having cursed God for failing to rid us of misery, no longer wait for God’s answer.  They wait even after they notice the letters SORRY tucked among some garish graffiti.

Basically, then, miracle-deniers are demanding miracles from God without believing in them.  Because, wouldn’t the interventions they expect from God qualify as miracles?  Aren’t they asking God to act like a cosmic magician who’s every wish (and ours too) is fulfilled instantaneously and effortlessly?

What if God was like a human agent with intelligence, with the capacity to make decisions, and with some super-powers thrown into the mix?  What if this God was willing to interfere in our affairs?  Then our lives would be either be less predictable than they are now or we would have unmitigated peacefulness.

If God interfered now and again, then events would occur around us, and to us, without any causal explanation.  The cause-and-effect rules we now perceive would become inconsistent and unreliable.

If God intervened every time suffering could occur, then we’d get into car accidents but walk away unscathed.  Parents would always die before their children.  With God’s consistent interference we’d live in what we call paradise, or in the end-time some call the Kingdom of God.

Isn’t it more likely that if an agent-like God is interested in human-affairs, God is sorrowful when we experience pain?  God weeps when we weep.  God suffers when we suffer.  But isn’t it also more likely that the agent-God works tirelessly but imperceptibly through cosmic and human history to help us achieve the goal of becoming what God would want us to be?  As of yet, there is no evidence that any of us are even close to 100% perfect human beings.

If the agent-God could wave a wand and change the course of history instantly, then why not simply ask God for this miracle—to turn all human beings, present and future, into 100% moral beings?  Wars would end instantly.  Crime, too.  Children would never suffer at the hands of others.  No one would starve or go without shelter or medical attention—as fully moral beings, we’d busy ourselves taking care of those in need.

Sit with this miracle for just a few minutes—imagine every single person, you included—100% moral, 100% of the time.

To return to the original question—if God has agency, then God is, in a sense, responsible for the tragedies that plague this world—responsible because God doesn’t step in and bring them to a halt.  Perhaps the agent-God does atone and hopes for our forgiveness.  If God prefers to work tirelessly, but surreptitiously to end our tragedies, then can God be forgiven for this choice?  There’s no good answer to this question.

Here’s the bottom line, then, for those who hold God responsible—it’s up to each to decide whether and how much s/he can forgive God.  Easy formulas are lacking.  Forgiveness, even (or especially) of God likely requires practice (to improve) and patience (to persevere). 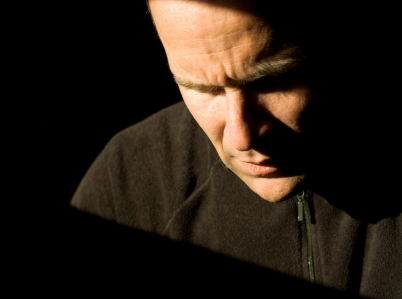 The man gazed guiltily at his old friend across his congealing plate of huevos rancheros.  He’d flown into Albuquerque the day before, two months after he’d watched his wife lose her battle with breast cancer.  Now, as he ate breakfast in the hotel restaurant, he agonized over the affair he’d had during his previous visit to Albuquerque a year earlier.  His wife had already been diagnosed.  He’d been scared and lonely.  He’d wanted to forget his troubles, if only for an hour or two.  “I should’ve stopped myself,” he sighed now with remorse.  Both men felt uneasy.  What the speaker wanted, more than anything else, was to make amends.  He wanted forgiveness, too.  But now that his wife had died, who could forgive him?  Most importantly, he wanted to be made whole once more; in other words, he wanted redemption.  But to whom could he make amends?  And who could forgive him? Where was redemption to be found?

Wisdom was asked:  what is the punishment of a sinner?  and answered:  sinners will be prosecuted by [their own] vice.

Prophecy was asked:  what is the punishment for the sinner?  and answered “the soul that sins, it shall die” [Ezek. 14:4].

God was asked:  what is the punishment of the sinner?  and answered:  let him do repentance [teshuva] and be expiated.