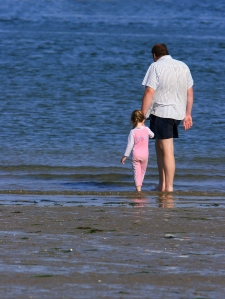 This non-natural demand calls on us to take into account the happiness and well-being of people we don’t personally know. We may be called upon to make sacrifices for the sake of these strangers. Many of us resist giving up something we cherish for the sake of some “Other,” even when we understand the logic of doing so. Truth be told, we are much more likely to comply if such a demand is bound up with the power and authority of religion.

The author of the book of Luke (14:26) echoes the passage above. (This is not surprising since Matthew is a source for Luke, along with the book of Mark.) In Luke, Jesus says: “If any man come to me, and hate not his father, and mother, and wife, and children, and brethren, and sisters, yea, and his own life also, he cannot be my disciple.” Jesus tells those who wish to follow him that they must leave their families and make him (God) more important than parents and siblings. Disciples must be ready to take the Cross—meaning that they must be willing to suffer and to sacrifice to do his will. Doing God’s good work, and heeding God’s moral demands must be given highest priority at all times.

Islam also requires attention to the stranger. According to scholar Reza Aslan, author of No god but God, a focus on higher laws was true of Islam from its earliest beginnings. Muhammad, the messenger of God, was a member of the leading tribes of Mecca called the Quraysh. Breaking custom, he rebuked his tribe (his family) because of its unethical practices.

What were these practices? During Muhammad’s childhood, the Ka’ba housed the many gods of Mecca and the many gods of surrounding areas. Members of the Quraysh family controlled access to this site of pilgrimage. During the pilgrimage cycle, people came from near and far to pay homage to their gods. Vendors from the region capitalized on the influx of visitors by bringing merchandise to commercial fairs. A “modest but lucrative trade zone” formed around Mecca. Eventually, the Quraysh realized that they could charge a tax on all goods brought into Mecca. As a result of this tax, they became yet more prosperous and powerful.

The problem, which Muhammad saw clearly, was that this extreme concentration of wealth altered the social and economic balance of the city and destroyed the tribal ethic regulating the interactions between tribes. The rapid rise in revenues collected by a few Meccan families led to rigid social stratification and “swept away [the] tribal ideas” of egalitarianism that previously existed: “No longer was there any concern for the poor and marginalized… The Shayks of Quraysh had become far more interested in maintaining the apparatus of trade than in caring for the dispossessed.”

More interested in wealth and in the affairs of trade than in the lives of their kinsmen, the Quraysh offered no formal protection to the masses. Since neither orphans or widows had “access to any kind of inheritance,” their only means of survival was to “borrow money from the rich at exorbitant interest rates.” This usually led to enormous debt, which “in turn led to crushing poverty, and ultimately, to slavery.” Muhammad, himself an orphan, was all too aware of this possibility. He was spared this fate solely because an uncle, a member of a clan within the tribe of Quraysh, became his guardian.

When Muhammad revealed God’s messages to the Meccans, he “decried the mistreatment and exploitation of the weak and unprotected.” He also demanded help for the underprivileged and the oppressed and argued that “it was the duty of the rich and powerful to take care of them.” God, he said, “had seen the greed and wickedness of the Quraysh, and would tolerate it no longer.”

As Muhammad’s message spread, those who joined his movement not only changed their religious faith to the worship of Allah, they also cut themselves off from their families and their tribes. In essence, they left their homes, the people they loved, the tribe that gave them protection and identity, in order to join a self-created community without standing—Muhammad’s growing group of Companions.

Like Jesus’ followers, the Meccans who adopted Muhammad’s ideas had to choose: remain with their families even though they could no longer abide their loved ones’ religious or moral tenets, or leave their families of origin and give priority to their adopted family and to Allah’s moral demands.

The costs of leaving one’s tribe to adopt Allah’s laws were exceedingly high because the tribe was the basic, and only community unit. Each tribe had a Hakam, a trusted, neutral party who acted as arbiter during disputes. His rulings set precedent and, collected together, became the “foundation of a normative legal tradition, or Sunna, that served as the tribe’s legal code.” Each tribe had its own Sunna. Indeed, one tribe’s Sunna did not necessarily match another tribe’s. Because each tribe operated as something of a stand-alone community, outside of his or her own tribe, an individual had “no legal protection, no rights, and no social identity.”

Today, the standard objection against higher moral laws is that such laws fail to account for the special bonds we have with loved ones. But, in the story of Muhammad, we see the impact of focusing uniquely on one’s family members and considering “non-family” members as existing outside of the circle of care.

Muhammad demanded that his followers loosen, if not abandon, their special bonds to loved ones if these loved ones hampered them from attending to individuals with “no legal protection, no rights, and no social identity.” Jesus underscored that becoming his disciple required putting service to God ahead of family ties and required sacrifice—taking up the Cross.

Who constitutes the “neighbor” is contested, both in Christianity and in Islam, though it is easier for Christianity to make a case for a universal notion of neighbor than it is for Islam, which includes only fellow Muslims under the rubric of neighbor.

Because balancing the two sorts of moral demands that make claims on us can be confusing under the best of circumstances, religions like Christianity and Islam (as well as other religions) remind us of the importance of remaining—in spite of obstacles—attentive to our “neighbors.” They also offer, as a result of centuries of reflection, argumentation, and refinement, guidance for how best to navigate unclear situations and negotiate complex and intertwined dilemmas.

Most of the religions (in their best instantiations) remind us unequivocally of the rights that others have on our time, finances, and skills even although we will never meet them and never know their names. The religions remind us that first priority is to be given to the support and care of the poor and oppressed even if this means we must shirk the needs of close family members. Yes, guilt and disappointment and frustration will surely follow such decisions, but this is the kind of sacrifice Jesus and Muhammad asked of their disciples.

Whether we are disciples or Jesus or Muhammad or not, do our world views ask as much from us? If not, they warrant a second look.