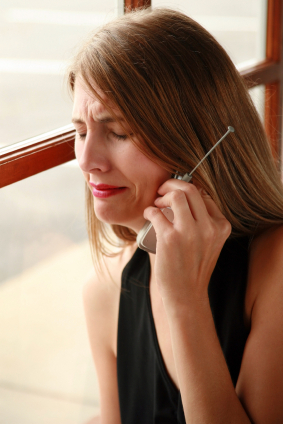 Powerless and powerful?  At the same time?

You’ve been diagnosed with lung cancer and told you have two months to live.

The message of Reinhold Niebuhr’s serenity prayer is familiar:  “God grant me the serenity to accept the things I cannot change; courage to change the things I can; and wisdom to know the difference.”

But what about taking Niebuhr’s prayer a step further.  What if you actually chose the bad things you can’t change?

Without a doubt, you wouldn’t have chosen terminal cancer had been given a choice.  Who willingly chooses cancer?  Cancer chooses you.  But choose it in return and you’re back in control.

Thérèse, a Carmelite nun, died a drawn-out and painful death from tuberculosis.  She vomited blood.  Bedsores afflicted her.  Her Mother Superior denied her the relief of morphine.  Unable to take a sip of water or swallow a spoonful of food without suffering waves of nausea, she practiced what she called the Little Way—the choosing of what was handed to her.

One of Thérèse’s biographers, Monica Furlong, finds genius in the Little Way:  “to lie dying an excruciating death that took away the little privacies and forms of self-control which are precious to most of us, to endure almost unremitting pain, to have to rely on others for the smallest services…was to have ‘the last shred of dignity’ forcibly ripped away.  What else to do then but to ‘choose it,’ to respond to it out of freedom rather than out of necessity?”

Some interpret the Little Way as the way of subservience, especially for women.  But, as Furlong points out, the Little Way has “an almost ironic quality to it.  ‘If I may have nothing,’ it says gaily, ‘then I will turn reason inside out and make having nothing the most enjoyable of possibilities.’”  In essence, Thérèse charts a way “to live out an impossible situation.”

And so, faced with terminal lung cancer, the Little Way would say, “if I may lose my life to cancer in two months, I will turn reason inside out and choose the cancer.”  Seemingly powerless before the advance of one’s disease, one may choose snatch the cards one’s been dealt and play them triumphantly, powerfully, as if they were “the purest piece of luck.”

Did her practice of the Little Way as she succumbed to tuberculosis make Thérèse a saint?  According to Furlong, “at the time of her canonization Cardinal Vico described how, in the early days of the Catholic Church, people became saints by popular acclaim…  Several centuries had passed without a popular saint.” And yet, Thérèse became such a saint.  In her, ordinary people saw courage and strength.  From her, they drew encouragement to face the bad things in life.  They embraced her as their own.  Indeed, rare is the church in France without a statue of Saint Thérèse.

Often, the Little Way is not the best way.  The Little Way isn’t the best way for the Russians who are pouring into the streets to protest Vladimir Putin’s over-reach.  Many challenges are worth a good fight—like securing hot meals for underprivileged kids in public schools, or seeking refuge in a battered women shelter, or working to prevent contamination of the drinking water in your community, etc.  These are not scenarios that call for the Little Way.

But some scenarios come without options.  They have only one possible outcome.  A bad one.

May you never find yourself power-less.  If you do, the Little Way could return you to a sense of power-fulness.  You could decide to embrace the non-negotiables that life throws at you.  You could put yourself back in charge.