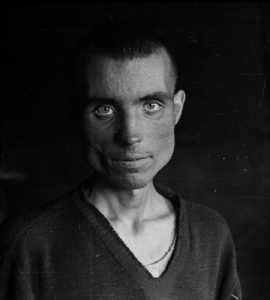 Compassion? Do you know exactly what you mean when you use the word “compassion”? Do you mean “compassion” as in Karen Armstrong’s Charter of Compassion, or as in Arthur Schopenhauer’s “compassion is the basis of morality,” or as in the Bible’s “Good Samaritan who had compassion for the wounded traveler?”

“Compassion,” after all, is used in different sorts of conversations and in different contexts. It has a wide range of meanings. It could mean a feeling akin to empathy. Or it could mean an act of kindness. Is Christian compassion equivalent to Buddhist compassion? Or is compassion trans-religious, or philosophical, or not religious at all? And what is the relationship between compassion and ethics?

The 19th Century Jewish philosopher, Hermann Cohen, took up the question of compassion decades ago but his answers remain helpful even today.

Compassion, for Cohen, turns our entire orientation in the world towards one, unavoidable question: “How can suffering be overcome?” Compassion, he said, pulls us up to a summit of sorts; from there, new vistas open up, along with new insights on how to overcome suffering.

Like any good philosopher, Cohen studied the history of the meaning of compassion. In his masterpiece, Religion of Reason: Out of the Sources of Judaism, he offers a brief retelling of this history. Two factors emerge. First, “compassion” is a term long embedded in European thought—Cohen describes what compassion meant to the Ancient Greek Stoics. Second, it is clear that the meaning of “compassion” has shifted over time—in a hundred years, it might well be understood differently than it is today.

Just as we do, the Stoics, Cohen explains, knew that people suffered. They, too, were interested in answering the question: “How can suffering be overcome.” Their answer? They believed that decisions about how best to alleviate suffering should be made on the basis of reason alone because, in their view, reason is the human faculty best suited to making right and good choices. The problem with compassion? Reason may tell us to do one thing while emotions like compassion may tell us to do something else. For the Stoics, when we evaluate our options with respect to suffering, options prompted by compassion must be set aside when they conflict with options offered by reason.

Cohen also discusses the unusual, but internally consistent, view of Baruch (the Latinate version of “Barack”) Spinoza, the seventeenth-century Dutch philosopher. Spinoza rejects compassion which he understood as feeling or “affect.” He is pantheist and thus God is everything that is. Human beings are “only modes” or expressions of God, the one substance. As “modes” or expressions of God, each of us is just like every Other. No single person has individual worth. What we have, as individuals, is differing knowledge of God, the One. Good knowledge is knowledge that we are all expressions of the One. Evil knowledge denies this. Spinoza holds that “compassion is of the same breed as envy”—a surprising equivalence but one that is fully aligned with his pantheistic worldview because, according to him, compassion and envy either lead us to focus on the Other, or they lead us from the Other back to the Self. Either way, we have abandoned the “good” knowledge that we are all expressions of the One for an “evil,” differentiating knowledge of the Other or of the Self. (If you, too, are a pantheist, how do you get around Spinoza’s unsatisfying view on suffering?)

Cohen disagrees with the Stoics and with Spinoza.

In his opinion, most human beings are incapable of succeeding at a Stoic-like approach. We are, quite simply, constitutionally unable to be indifferent to our own suffering. We find it impossible to set aside pain—whether emotional or physical—and pay attention only to reason.

Cohen also argues against allowing, or training ourselves to be indifferent to other people’s suffering. For him, this is a moral issue and a religious one. Compassion must be more than an “inert” response like that of the Stoics. It is not enough simply to note that others suffer or that we suffer. An “inert” reaction is tantamount to laissez-faire ethics because, most likely, it will fail to motivate us to make efforts (and sometimes sacrifice) to alleviate or end suffering. Compassion, on Cohen’s telling, is no “fruitless sentimentality”—it is a fruitful reaction if it drives us to act.

As for Spinoza’s approach to compassion, Cohen worries that the indifference to the unique worth of each human that this pantheist recommended will result in narrow-mindedness. Such indifference, Cohen believes, makes us passive with respect to suffering and reduces compassion to a “reflex action”—we act, yes, but our actions are informed by habit or by our community’s customs, not by our appreciation of the individual before us.

Suffering is pain, Cohen writes. Who wouldn’t agree? But he gets more interesting. When we attempt to be indifferent to other people’s suffering as the Stoics and Spinoza suggest (on Cohen’s reading), we rob ourselves of the possibility that the Other before us might change from a mere “S/he” (“a representative carrier of humanity,” a human like other humans in the world falling under the purview of ethics and of laws of the state) to a “Thou” (“a classification within the notion of humanity,” an individual person distinct from all other persons). The moment we shift, for Cohen, from encountering the Other as a “S/he,” to encountering them as a “Thou,” is the moment when the suffering of the Other pulls us out of the generalized “He/She” realm of concepts and ethics into the particular “Thou” realm of compassion and religion.

Important to Cohen as well: through the compassion to which suffering gives rise, we discover the Thou in the Other, and when we do so, we wonder whether “S/he” is like me, whether S/he” can suffer like me. The discovery of the Thou thus leads to an ethical realization. We hope that when the “I” reappears (after the moment of discovery passes) it will reappear “liberated from the shadow of selfishness.”

Can compassion, Cohen asks, illuminate ethics and help it answer its own questions about how suffering is to be overcome?

Ethics, according to Cohen, relies on concepts like “the good” and “the right” and “duties.” To this conceptual work, compassion has nothing to offer except when ethics takes a pragmatic tack. In this case, compassion becomes “a useful illusion,” because it serves as a lens through which we can try to understand the suffering of others. Compassion, as “a useful illusion,” helps us share the suffering of others. By virtue of this sharing, we may help ethics find answers to the question of how suffering can be overcome.

To return to this post’s initial question: does the oft-used word, compassion, signify more than a feeling-ful or action-ful response to suffering? Cohen offers an insightful and nuanced understanding. Using the language of poets rather than philosophers, he writes that compassion knows suffering as a dazzling light that “suddenly makes [you] see the dark spots in the sun of life.”

When struggling to define compassion, remember Cohen’s lovely riff on this word. Suffering brings you to the limit of the ordinary realm of “S/he.” It is at this borderline that compassion and religion arises. Compassion for suffering may then propel you into the “higher pinnacle” of “Thou.” From this place, this summit, you can see more clearly what actions on your part and your community’s could ease the pain. And, upon returning this place, you are spurred to make it so.

Reference: Hermann Cohen, Religion of Reason: Out of the Sources of Judaism (Atlanta, Scholars Press, 1995), 11-19.