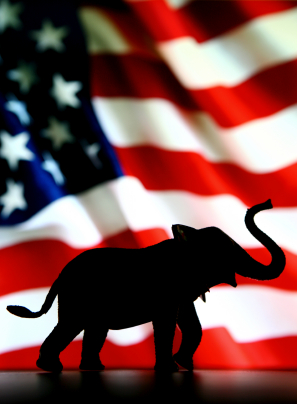 Two recent headlines in the online version of the NY Times underscored the disconnect between the reality of women’s lives and the agenda of the religiously-inspired, fundamentalist-controlled Republican Party.  On August 30, the article “Who Wears the Pants in This Economy?” by Hanna Rosin was illustrated with a photograph of a stately woman wearing—you guessed it—pants, chin held high, standing by a chair occupied by a round-shouldered, grim-faced man.  The description of the article:  “As the usual path to the middle class disappears, what’s emerging is a nascent middle-class matriarchy, in which women pay the bills while men try to find their place.”

In addition, a link took the reader to an opinion piece on the “Republican National Convention” (RNC) by Frank Bruni.  This piece explores the question of whether the RNC has declared a “War on Women.”  The RNC’s support of the Human Life Amendment, for example, would remove abortion as a choice for pregnant women even in cases of rape or incest.

It’s not surprising that the Republican Party is soft-pedaling its views on women’s issues (Mitt Romney’s sister, Julia, has made the curious promise that under “President” Romney, abortion rights will not be rolled back!).  The soft-pedaling demonstrates that the party’s policy-setters are aware that their stance on what women should and should not be able to do is unpopular.  On the surface, then, the RNC’s “war” on women appears inexplicable.  It does not serve the party’s best interest—that interest being to yank Barack Obama out of the White House in November.

But what exactly is religious “fundamentalism” and why its compulsion to undermine the rights currently enjoyed by women?  Like many catchwords, most people are confident of what they mean by “fundamentalism” until they’re asked for a definition.  You may be surprised to learn that this catchword has only been in use since the late 1970’s.  At best, it is squishy and contested even among scholars.  Rather than agreeing on a single definition, scholars have advanced different conclusions based on their research.  For example, the sociologist of religion, Martin Riesebrodt, defends the view that “religious fundamentalism” is a radical-traditionalist movement—in other words, traditionalism on steroids.

Fundamentalism is, according to Riesebrodt, a “patriarchal protest movement.”  It is patriarchal because it seeks a return to male-dominated family life, a protest against current social and ethical norms perceived as destructive to this form of family life, a movement because it is an alliance of religious groups as disparate as conservative Protestants, Catholics, Jews, and Mormons who, in spite of their impossible-to-bridge doctrinal differences, have cooperated on issues such as birth control, availability of abortion, and gay marriage.  More than a disposition or an ideology—its adherents have joined together to effect real and sweeping social change.

This interpretation of fundamentalism may, on the surface, sound like a feminist reading of what is going on.  However, a feminist interpretation would focus on the continuity of male dominance throughout human history and call for an end to that dominance.  Fundamentalism is a social movement set in motion when religiously-sanctioned patriarchal family life and sexual morality is replaced by “depersonalized” and therefore “morally vacuous”—often called secular—principles that alter the relationship between the genders and loosen constraints on sexual behavior. 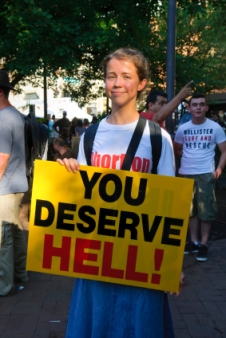 Of interest too is Riesebrodt’s conclusion that the feared impact on family life need not be “objective” in the sense that it can be borne out by scientifically-conducted surveys; all that is required is a “subjective” assessment.  As a result, data are irrelevant.  Driven by their fears, fundamentalist elements of the Republican party are attacking what they perceive as threats to traditional, patriarchal family life.  Based on their audiences, party spokespeople sometimes attempt to conceal the more obviously absolutist parts of their desired reforms.  Mostly, though, votes be damned.  This may strike the non-fundamentalist as self-defeating but these reforms are not bound to utilitarian calculations.  They are motivated by religious commitments.

To recap, fundamentalism equals radical traditionalism.  But what does “tradition” mean in this context?  For Riesebrodt, tradition is not limited to the attempt to preserve “arbitrary, received conventions, ethical precepts, or customs,” but rather refers specifically to maintaining “structured social relationships and an ethical regulation of life conduct.”  Indeed, he uses the term “neopatriarchal” to describe contemporary fundamentalism because it is open to exploiting the latest technology to serve its ends of spreading its message widely and effectively.  In this sense, it does not wish to return to the past.  Technology is held to be “ethically ‘neutral’” because it poses no threat to social relationships.  Thus, radical traditionalists do not insist that women are needed at home because their labor is required to wash dishes by hand, make clothes from patterns, cook meals from scratch, etc.  Religious reasons, not practical considerations, underlie the drive to secure a patriarchal family life.

Riesebrodt’s analysis undermines a popular stereotype.  It shows that fundamentalists are in no way limited to certain segments of the American population.  They come from the “lower, middle, and upper classes, from the unemployed, domestic personnel, blue-collar and white-collar workers, students, artisans and craftsmen, small and large merchants, and professionals.”  As members of a movement, fundamentalists share a common set of values and a common vision of the moral life. 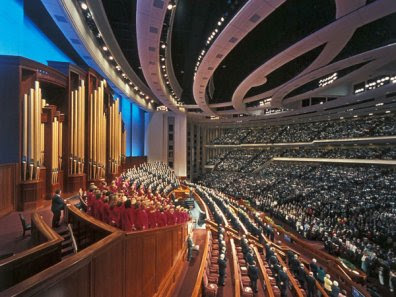 Nor are fundamentalists limited to certain areas of the nation as maps showing blue states and red states seem to indicate.  The reality is that the fundamentalist movement’s nerve centers are located in urban areas not rural ones.  If fundamentalism relied on rural areas for its clientele, its small-town, “old-fashioned” roots could account for the compulsion to assign women to traditional family roles.  However, the centers of fundamentalism are, in fact, established in large cities “for organizational or administrative reasons.”  Indeed, the so-called mega-churches are only capable of attracting thousands of members because their urban locations allows them to draw on significant populations.

In essence, fundamentalism is a reaction by a broad section of the population to a perceived crisis in society.  It copes with this crisis by relying on its specific interpretation of religious beliefs and organizational models.  The dividing line between fundamentalist and non-fundamentalist is not the line between social classes but between “believers and unbelievers, people who obey the religious commandments and those who disdain them.”

So far, we have examined fundamentalism’s insistence on eroding the depersonalized rights that women enjoy in favor of the right of the male head of families to say yay or nay to each individual petition.  Its principal motivation is a return to patriarchal models of family life and limits on a women’s sexual behavior (how else to explain the single-minded focus on a woman’s behavior—it does take two to mess around).  A properly organized family is required to instill the correct values and moral habits of society.  Without religious sanction, fundamentalists believe, anything goes, all social and ethical standards become arbitrary, everyone is free to pick and choose their mode of life.  The result?  Society slips into criminality and debauchery—witness, the fundamentalist says, the contemporary “collapse of the social order.”

As a religious protest movement, fundamentalism’s “radical demands and spectacular actions” have, and will continue to have, a major impact on the nation’s political life—not just its economic life, but on the everyday lives of women and men.  No public policy that impacts women fails to impact men as well.

Fundamentalists have plugged into the Republican Party and strengthened it, but by doing so, they have supported policies—for example, the party’s implacable opposition to unions—that have eroded the ability of the middle-class men to serve as the primary breadwinners and facilitated the growth of middle-class matriarchy.  By design or by necessity, more women are wearing the “pants” in the family.  How does a man insist on maintaining his religiously-sanctioned patriarchal rights when his wife assumes primary responsibility for the care and keeping of the family?

In his Presidential-nomination acceptance speech, Romney tossed out the line, “My promise is to help you with your family” (meaning—patriarchal family), but he acknowledged that women are more likely to start businesses these days than men.  More difficult, in any case, is to convince women to give up the rights to which they have become accustomed.  Women have come a long way baby, and mighty few, whether Democrat or Republican or Independent, are anxious to turn back the clock.