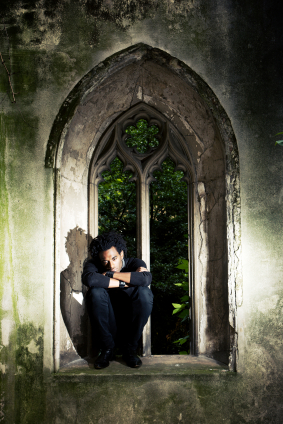 Like many of us, the religion-scholar and popular author, Karen Armstrong, spent decades waiting for God.  Raised a Roman Catholic, God remained a shadowy figure even as she sat through countless sermons and countless catechism classes.  God, described to her in abstract terms, meant little to her.  God existed—of this, Armstrong was certain, at least on an intellectual level—but God remained out of reach, too remote to become a reality for her.

Armstrong has more patience than the average Joe or Jane and so she continued to wait for God.  She was convinced that if she kept up her efforts to find God, she would eventually be rewarded by a vision that “would transfigure the whole of created reality.”  To prepare for this vision, she joined an order of nuns.

Armstrong never did glimpse “the God described by the prophets and mystics.”  She suffered from what some call “spiritual dryness.”  Except that she’d never been blessed with a period of spiritual wetness to help her through the dryness.  Unable to maintain the status quo, she decided, with regret, to abandon the religious life.  Soon, her belief in God’s existence slipped away.

Although she’d stopped hoping for an encounter with God, Armstrong maintained her academic study of the history of religions.  Ultimately, the research that went into writing her bestseller, The History of God, put her in touch with clergy from the three “religions of the book”— Judaism, Christianity, and Islam.  Several of these rabbis, priests, and Sufis offered her this advice.  “Instead of waiting for God to descend from on high,” they suggested, she “should deliberately create a sense of him for” herself.

She wrote that, in hindsight, the rabbis, priests, and Sufis would “have told me that in an important sense God was a product of the creative imagination, like the poetry and music that I found so inspiring.”

They would have encouraged her to stop looking for God “out there” and, instead, to find ways to make God a reality for herself.  Also, “A few highly respected monotheists would have told me quietly and firmly that God did not really exist—and yet that ‘he’ was the most important reality in the world.”

Must something exist to be real?  Tough question.  Lucky for us that Armstrong likes brainteasers of this sort.   After pondering the question, she decided that she could set aside the question of God’s existence.  By setting aside that question, she freed herself to create a sense of God’s reality for herself.  She could even make her sense of God the most important reality.

Hallelujah.  Her wait was over.  She had finally found God.

To recap, Armstrong ended her wait by changing the question from “Must God exist to be real?” to “How can I make God real for myself?”

Here’s a note of concern, though.  Armstrong’s God is no doubt as lovely and gentle as the poetry and music she finds inspiring.  But (there’s always a but, isn’t there?) for the rest of us, are checks needed on the sense of God we create for ourselves?  How do we put a damper on creating a sense of God Who looks like a green-eyed spaghetti monster?  The part about the green eyes is too over-the-top for an acceptable God, don’t you agree?  Seriously, how do we put a damper on say, a sense of God Who looks the other way when we make promises we don’t intend to keep?  Or worst, Who orders us to harm or kill others?  Here, the September-11-2001 terrorists’ God comes to mind.