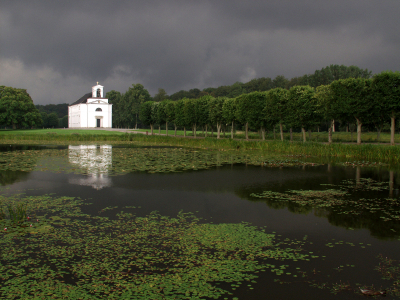 The sociologist of religion, Phil Zuckerman, visited the closest thing to Nirvana for those who dream of living in a society without God—Denmark.  Zuckerman’s plan to spend several months in one of the most secular places on the planet was driven by his desire to demonstrate that there’s a link between a general lack of interest in God and the existence of a successful society in which people are happy and help their neighbors.

What did Zuckerman find after living in a typical Danish city and interviewing some 150 Danes and Swedes about their religious views?

In his book, Zuckerman argues, in part, against scholars of religion who claim that human beings are naturally religious.  Against this assertion, Zuckerman shows that Danes and Swedes do not look to religion or God for answers about the meaning of life and death.

Perhaps more interesting was Zuckerman’s discovery that these questions only rarely crossed the minds of Danes and Swedes.  His contacts simply lacked curiosity about God and about the meaning of life and death.  Indeed, the examples he provided, based on interviews and ordinary day-to-day interactions, reveal that, in Denmark:

However, this picture is in tension with several other facts:

Zuckerman postulates that, for Danes and Swedes, the religious practices and institutions of the Lutheran Church have become cultural, secular vehicles.  If his assessment is correct, then Denmark’s “cultural” religion—secular Lutheranism—resembles other “cultural” religions such as secular Judaism.

Because hardly anything that appears simple, is simple, a reviewer of Zuckerman’s book, Michal Pagis, raises several thorny questions.  Even hardcore cheerleaders of Denmark’s “society without God” should pause to wonder whether important complexities and tensions remain to be identified.

Many of Pagis’ questions (which appear below) were posed by the intellectually-honest Zuckerman.  Although he attempts to address some of them, he acknowledges that they will require further research to answer:

Resource:  Michal Pagis, review of Society Without God:  What the Least Religious Nations Can Tell Us about Contentment by Phil Zuckerman, Journal of the American Academy of Religion 79:1 (March 2011): 264-267.